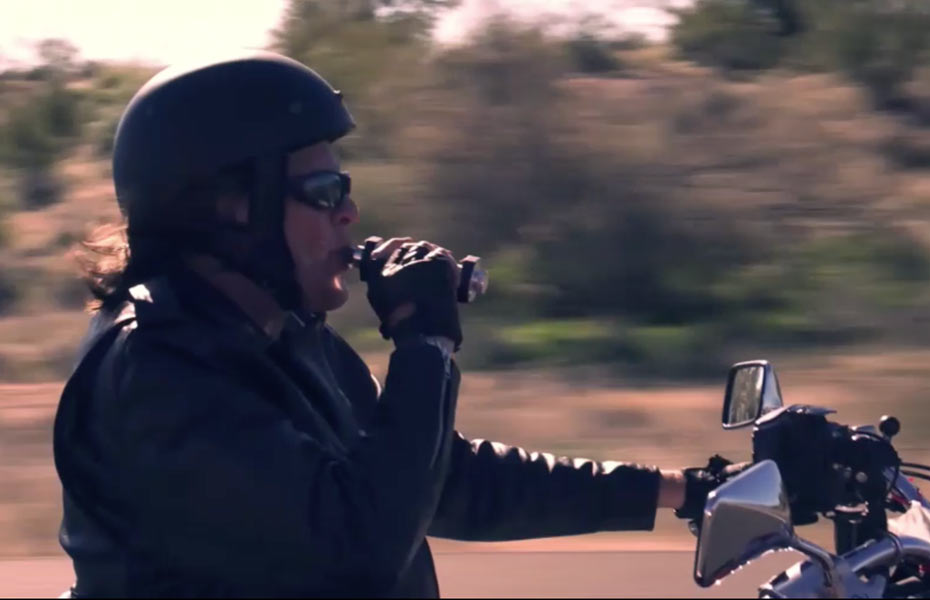 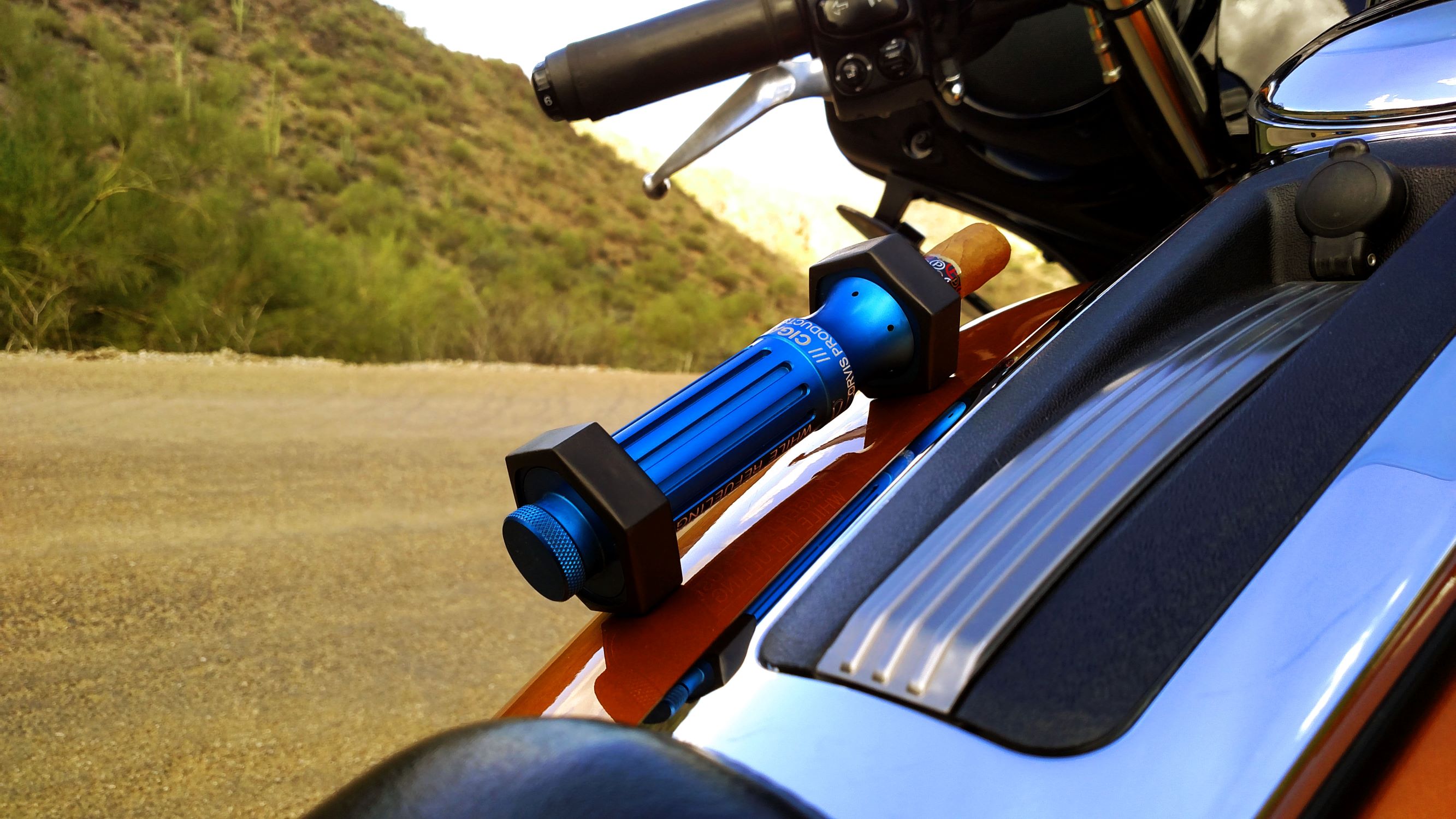 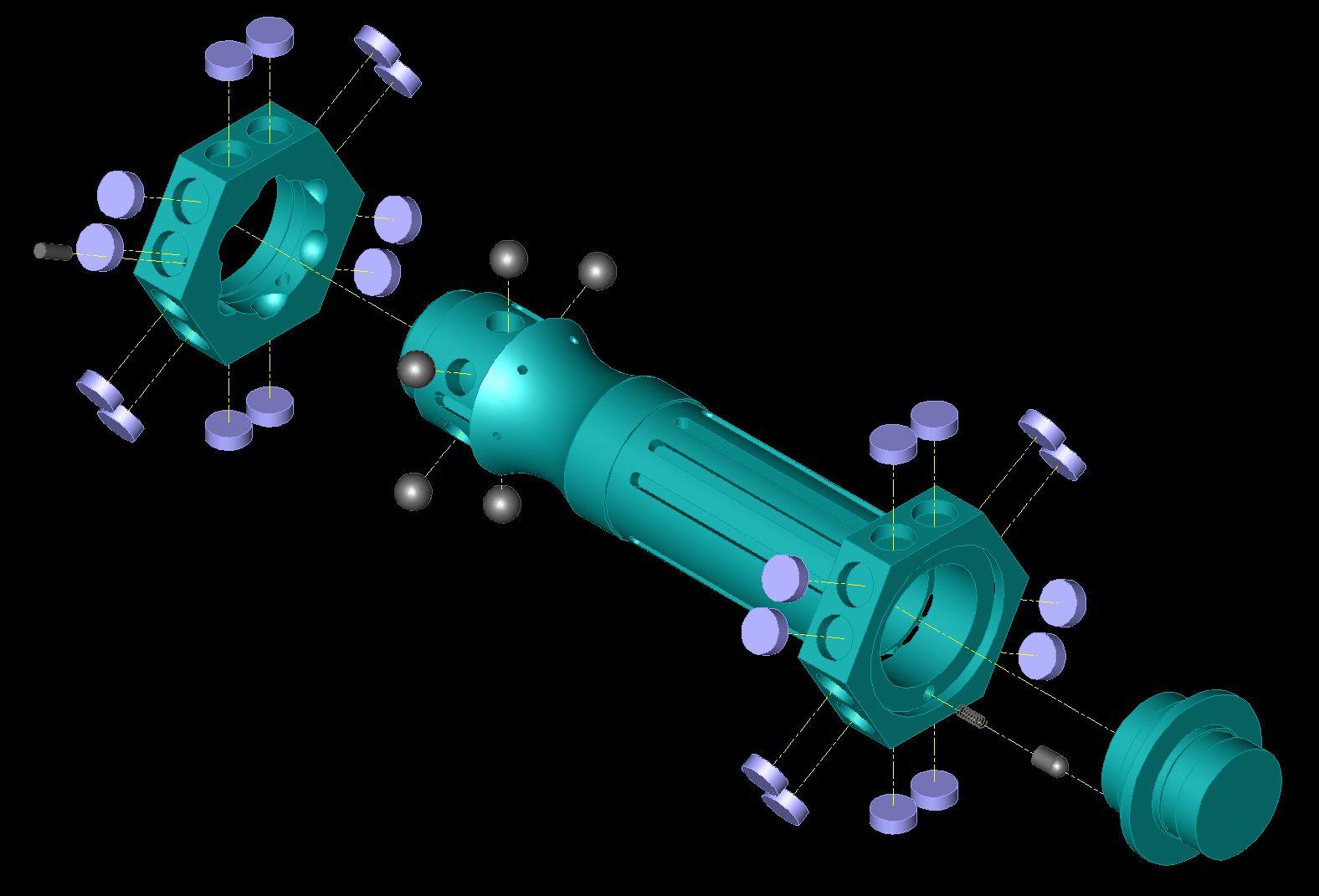 Do you love Riding? Do you Love Cigars?

There is a dilemma for the cigar smokers who also ride.  There isn’t a good way for motorcycle riders to enjoy a cigar while riding their motorcycle… until now.

The Cigar Throttle is a new patented device that allows a rider the freedom to enjoy a fine cigar while riding.  US Patent Number: 9609892

Gone are the obstacles that used to prevent the total enjoyment of smoking a cigar while riding. Many of these obstacles are known to anyone that has attempted to ride while smoking a lit cigar.

First, the wind that fans the cherry makes it burn like crazy and wastes the sometimes expensive cigar in only a fraction of the time it should take to smoke it. Sparks and hot ashes fly off the lit cigar and into the face/eyes. The wind causes even the best wrappers to unravel. Additionally, hot ashes can burn holes in clothing or riders.

Also, there’s the problem of what to do with the cigar when not immediately smoking it. Where does it go? It can only go in one of two places… either in the mouth or cupped in the left hand behind the left knee. Where does it go when finished? Most likely it’ll end up as litter on the road or setting something on fire.

These and other problems were unacceptable to the inventors of the Cigar Throttle. Now, thanks to an innovative new design, the cigar is contained, burns evenly and attaches easily to the tank. The Cigar Throttle was designed to eliminate a multitude of problems by encasing the lit cigar in a sophisticated, machined aluminum sleeve that protects it from the wind and encapsulates it along with the ashes.

Continuous, controlled airflow that is speed adjustable keeps the cigar burning evenly and lit. It is attached to the tank by powerful neodymium magnets encased in a protective rubberized coating. So, no need to worry about scratching the paint. Whenever the rider wishes to take a puff, it is easily picked up and placed back down freeing up the hands to operate the motorcycle controls. Sleek, lightweight, and intuitive, it is destined to become the must-have riding accessory for cigar smokers everywhere.

A special thank you to the people who funded our Rocket Hub project!